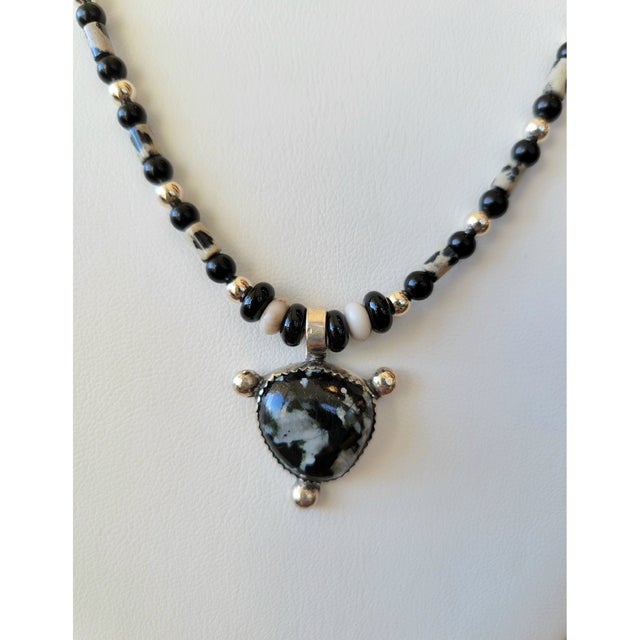 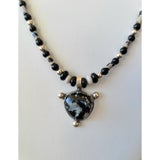 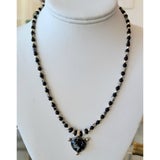 Alaskan Blizzard Stone was discovered in the early to mid 1990's outside of Homer, Alaska in a field of very old impact craters. It was thought to be a meteorite due to its magnetic properties and the location of the find. A sample was sent to Dr. Gary Huss at the American Meteorite Laboratory in Denver, CO. He commented that the stone was a type of gabbro, an igneous rock, and not a meteorite. It was made of white calcium-rich feldspar crystals contrasting with black serpentine-rich matrix: there are also many small crystals of magnetite making the stone magnetic.

The stones most likely came from mid-ocean ridges where sea water is heated by the motion of the geologic plates. The stones were most probably oceanic crust that was scraped off the down-going continental plate that moved underneath Alaska. The stones should be found 500 miles inland around impact craters!

Information from "Blizzard Stone: What was the origin of this unique Alaskan discovery?" by Steve Monroe in Rock and Gem, September 1997.