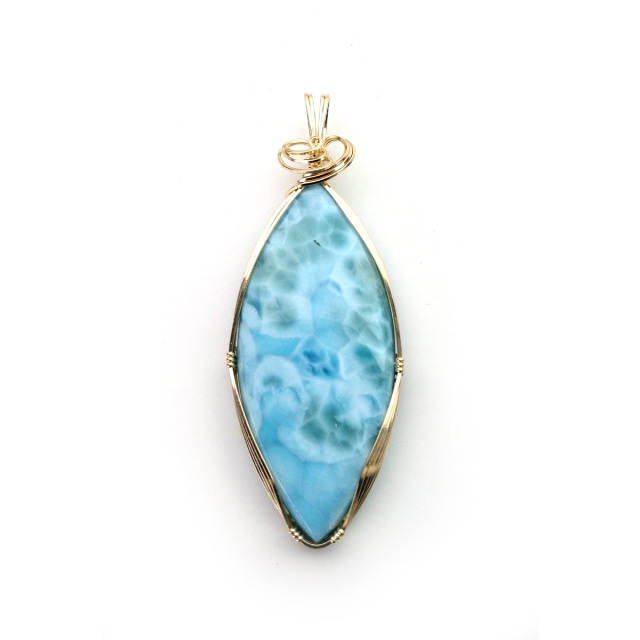 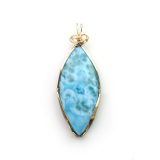 Larimar, also called "Stefilia's Stone", is a rare blue variety of the silicate mineral pectolite found only in the Dominican Republic, in the Caribbean. Its coloration varies from white, light-blue, green-blue to deep blue.

Natives believed that the stone came from the sea, and they called the gem Blue Stone. Father Miguel Domingo Fuertes Loren of the Barahona Parish took his young daughter's name Larissa and the Spanish word for sea (mar) and named the stone Larimar, to suggest the colors of the Caribbean Sea where it was found.

Gold-filled wire consists of a layer of karat gold bonded to a base metal using heat and pressure. 14/20 GF is the designation for 14 Karat Gold-Filled. The 14 refers to the karat of the layer of precious metal bonded to the base metal. The 1/20th indicates the ratio of karat gold to base metal by weight (5%). Gold-Filled wire is significantly advantageous from a cost stand point. It allows you to provide the look and durability of solid karat products at a fraction of the cost.

Gold-Filled items will have the same appearance and can last years. It should not be compared to gold-plated materials. Plated products have a fraction of the layer of gold and do not wear nearly as well.