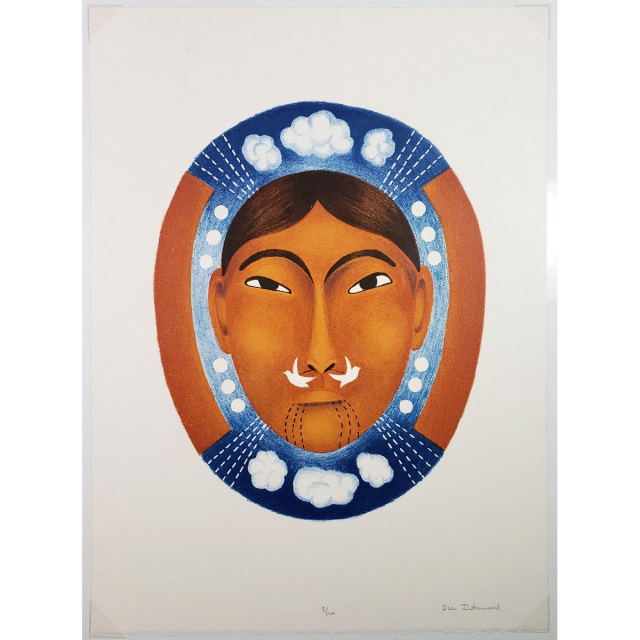 Note: Printing begun on October 2, 1981; completed November 2, 1981. Hand printed by Master printer Guitta Corey of Solstice Press; Anchorage, Alaska. The printer’s chop is located on the lower right side; a copyright stamp is located on the back right. Some prints were titled, numbered and signed under the image; others were signed near the bottom of the paper.

Eskimo in origin, although it is mostly DeArmond’s own invention. Loosely based on a certain type of mask from the Aleutian Islands, the print illustrates a story of a woman who came down from the sky country, where she married a mortal and had two children. When her children were half-grown, Sky Woman took them away to live with her, and returned to her sky kingdom.

﻿Free shipping within the United States, including Hawaii and Alaska.