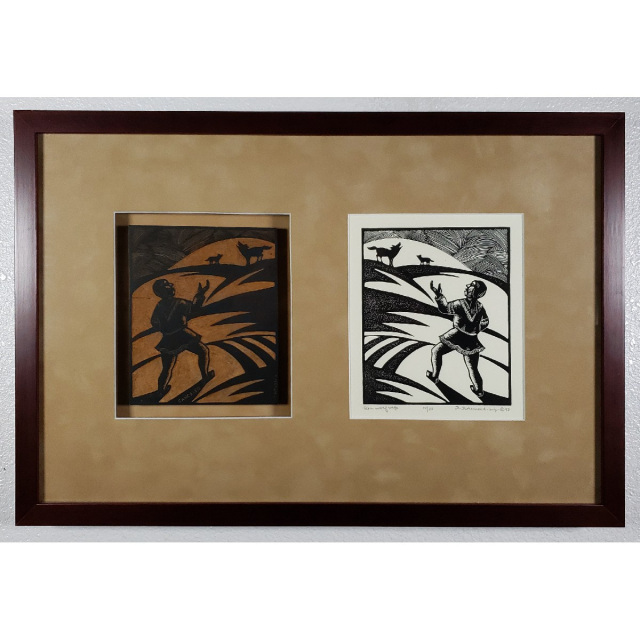 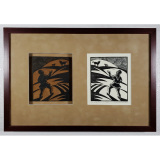 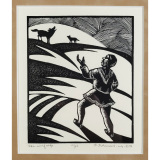 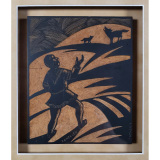 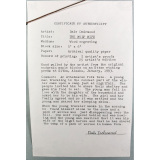 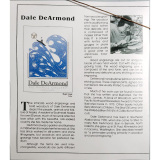 Hand pulled by the artist from the original end grain maple blocks on an Ettan etching press at Sitka, Alaska, January, 1993.

Note: several studies of this title have surfaced; they are similar in style and theme but differ in minute ways from the final print version.

An Athabascan folk tale. A young man traveling in the coldest part of the winter came upon a camp just at nightfall. The people invited him to share their shelter and gave him food to eat. The young man fell in love with the daughter of the household and asked her to be his wife. The girl and her family agreed and so it was settled and the young man shared her sleeping skins.

When the young traveler awoke in the morning he found himself alone in the snow and a pack of wolves was just disappearing over the hill. One wolf lingered behind and was howling and the young man realized that it was his wife of the night before and that he has shared the camp of a pack of wolves in human form.